The only Roman theatre in the Liberty style, Ambra Jovinelli is a point of reference for the public and for the artistic community in the heart of the Capital.

From the day of its inauguration in the Esquilino quarter, the Jovinelli Theater, as it was then called, welcomed and entertained cheering spectators.

Inspired by the passion of Giuseppe Jovinelli, an impresario who moved to Rome from the province of Caserta, it was the crowning glory of his dream of offering the Romans the opportunity to attend high-level comedy shows. In the square that has now disappeared, Jovinelli built his first wooden theatres, including the Margherita (destroyed by a fire in 1905) and the Umberto Pavilion, which was to become a real brick-built theatre to be called Teatro Umberto I. Faced with thousand difficulties, including the opposition of a small boss of the local underworld, Jovinelli managed to build in 1906 the first Liberty style Roman theatre, designed by the architects Pietro Chiodelli and Giacomo Radiconcini. The works were completed by the designer Ulderico Bencivegna and the inauguration took place on 3 March 1909. Great artists alternated on the stage of Jovinelli, from Ettore Petrolini to Gennaro Pasquariello, and the entrance of the great Totò into the world of entertainment seems to be due to the ambitious impresario.

On the death of Jovinelli, in 1924, the direction of the theatre was taken over by his children and then his grandchildren, but the ancient splendour had gone. In 1982 a fire devastated the building and a few years later the Jovinelli family sold it to a company from Milan. There was almost nothing left of the refined theatre of the early years: it passed from variety to vaudeville, on to being a neighbourhood cinema. 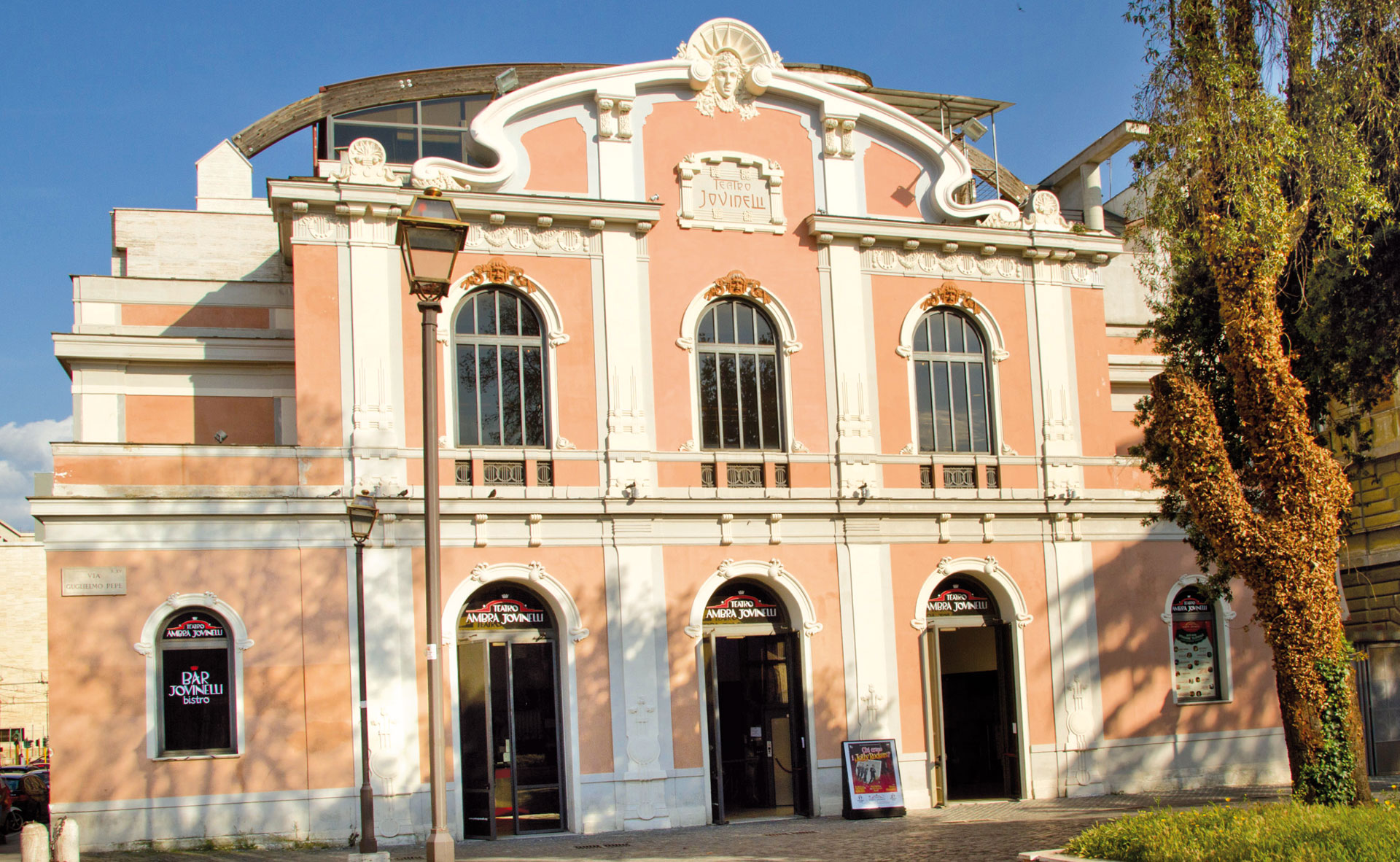 Finally in 2010 Marco Balsamo and Gianmario Longoni decided to bring it back to its former glory, and under the artistic direction of Fabrizia Pompilio the Ambra Jovinelli was reborn. After the public success achieved in recent years and a steady growth of nights that are sold out, the artistic director has chosen to propose a program of shows that, without betraying the original vocation of popular theatre, can reinvent and enrich the extraordinary tradition of this historical venue.

Anagni: the fresco cycle in the Cathedral

Giudizio Universale: the Secrets of the Sistine Chapel